For example, when I plot the number of COVID-19 cases in the US in March 2020 according to the WHO, the result is an exponential looking curve. 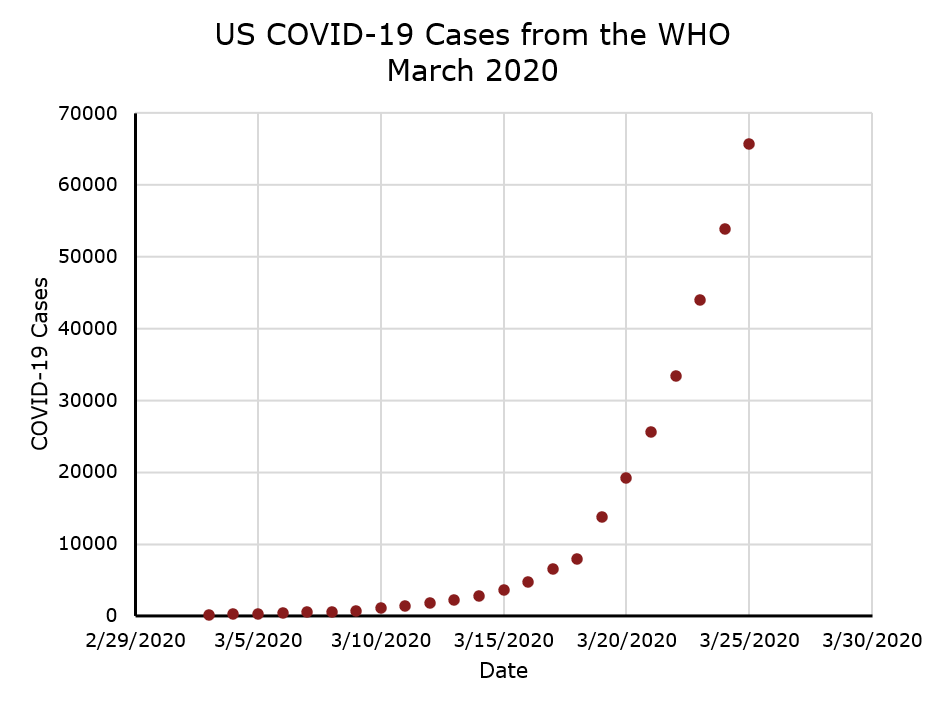 However, if I plot the natural logarithm (ln) of the number of cases on the vertical axis instead, the result is a straight line, and we know how to fit those! 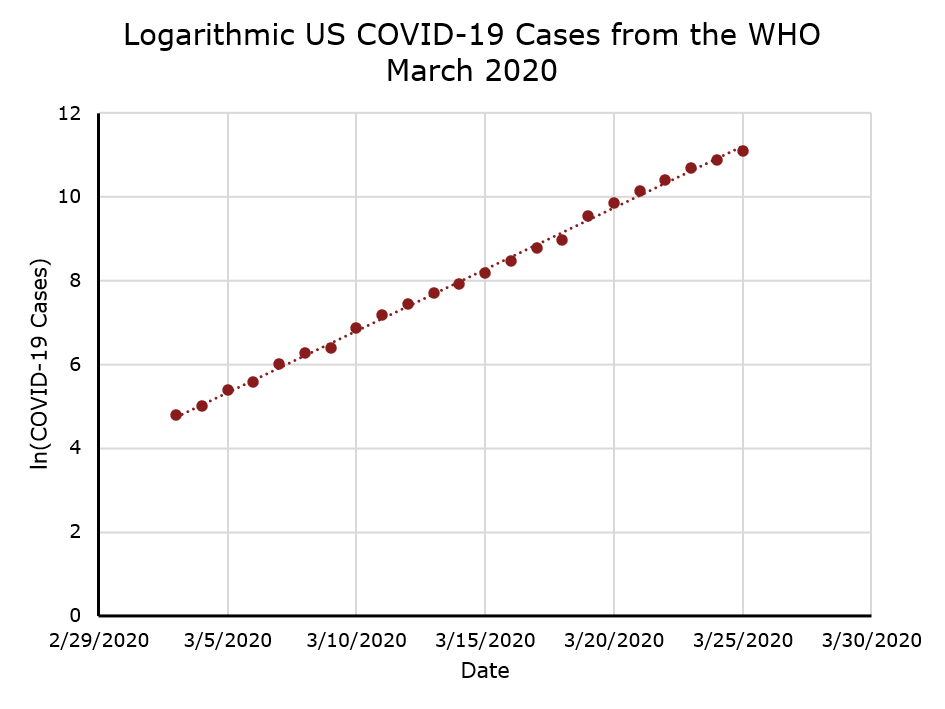 is a constant and

is the power. Thommen et al [1] looked at this relationship in planarians (flatworms). The result is shown below along with an ordinary least fit line. You can see that the data are not exactly linear. 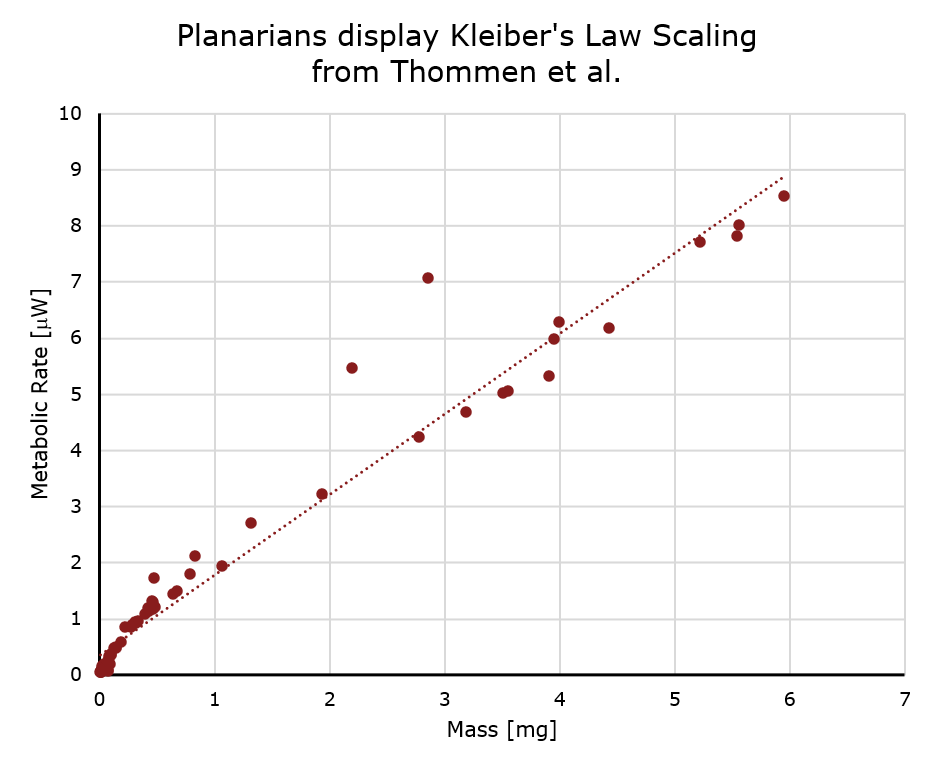 However, when, as is done in the paper, the data are plotted logarithmically, this time on both the horizontal and vertical axes, the result is a line. 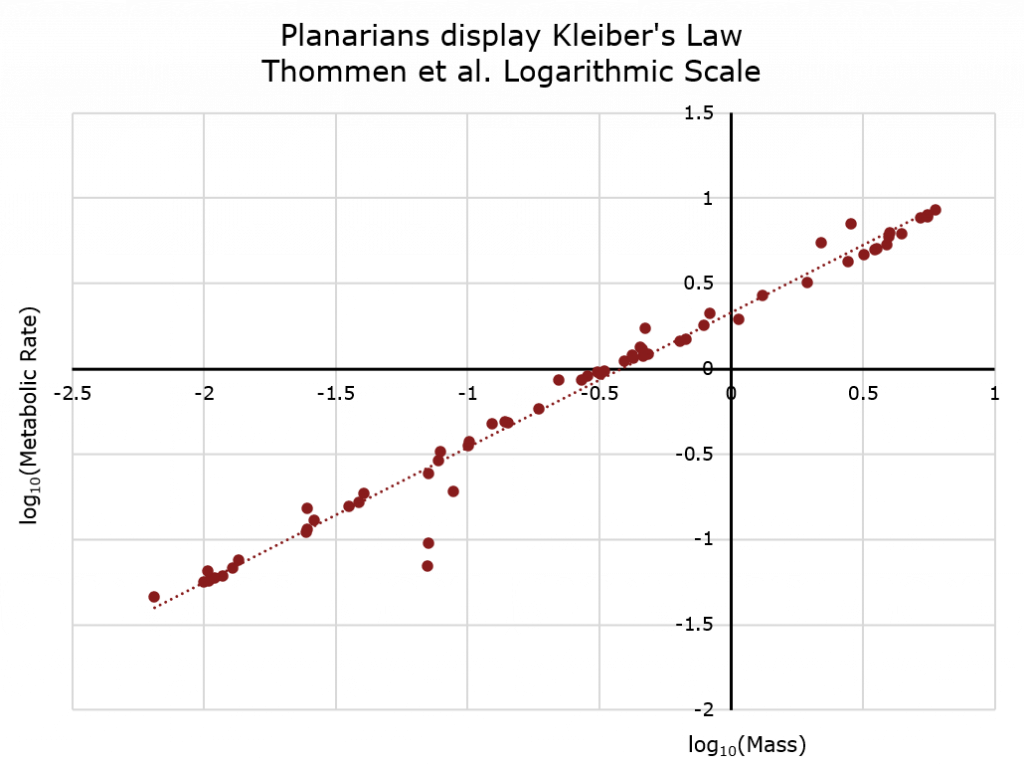 Due to the properties of logarithms (reviewed in a later section), the slope of this line is the power

and the intercept is

. It turns out, for reasons not completely understood, that the power

for a large range of species from bacteria to humans as seen in their figure 1D shown below and described more in A. Makarieva et al [2].

Clearly logarithms are used extensively in the scientific literature to linearize data. This lab will explore how to use logarithms to understand more complex data.

Physics 132 Lab Manual by Brokk Toggerson is licensed under a Creative Commons Attribution-ShareAlike 4.0 International License, except where otherwise noted.